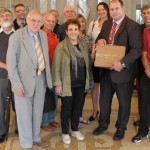 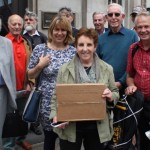 We call on Lord Hall, Director General of the BBC, to protect the UK’s Christian heritage and reject current proposals to reduce and downgrade Christian programming in favour of increased coverage for Muslim, Hindu and Sikh faiths. We further call for Aaqil Amhed, Head of Religion and Ethics for the BBC, to be removed from office on the grounds of Islamic bias and clear disrespect for Christian belief.

In recent years Christian programming has already been severely downgraded, yet Mr Ahmed, the Muslim Head of Religion and Ethics for the BBC since 2009, claims the BBC is ‘too Christian’, and has written a report saying non-Christian faiths are underserved. He says the BBC must be more diverse, and that there should be an increase in Muslim, Hindu and Sikh programming. It has even been suggested that the BBC might televise Friday prayers from a mosque, in similar format to the Christian programme ‘Songs of Praise’, as well as broadcasting the daily Muslim call to prayer.

During his time at the BBC, and prior to that at Channel 4 where he exercised a similar role, Aaqil Ahmed has displayed a clear bias towards Islam and contempt for Christianity. He has regularly commissioned documentaries displaying clear pro-Islamic bias, while calling into question fundamental tenets and teachings of Christianity, in such a way as to trivialise and undermine Christian faith. While at Channel 4, for example, he screened a week of special programmes on Islam, including a feature-length documentary on the Qu’ran, and a series of interviews with Muslims around the world talking about their beliefs. But in the main Easter documentary of 2011, entitled ‘The Secrets of the 12 Disciples’, he encouraged disrespect for Christian belief, questioning core tradition and casting doubt on the validity of the Pope. In similar fashion he has sparked fury by comparing Mary, Joseph, and the baby Jesus, to refugees in the Calais jungle.

This is unacceptable. The UK is a Christian country, established as such by statute. In marked contrast to the traditions and values of all other belief systems, our society – founded on the idea of respect for the individual as made in the image of God – is based upon Christian values. These values and beliefs have shaped our laws since before Magna Carta, and over time have become the foundation for Western democracy worldwide. It is entirely right therefore that Christianity be given more airtime than the beliefs of minority groups, and that it should be treated with respect. In particular, Islam should not be singled out for special interest and presented as impliedly superior to Christianity.

We therefore call on Lord Hall as Director General of the BBC to reject this misguided and overtly anti-Christian proposal, and for Aaqil Ahmed’s immediate removal from office.

If you would like to know more about this, please email info@vfjuk.org