Operation Sovereign – a call to fast and pray 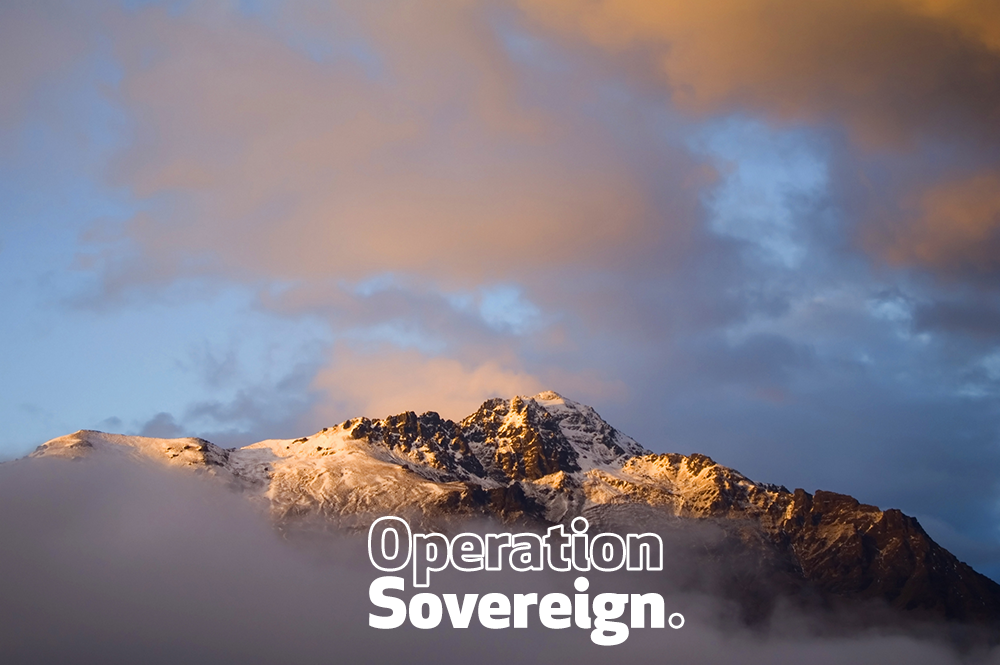 “What’s really important in life?” You ask this question of a dozen different people and you’ll get a dozen different answers. Similarly, if you ask what’s the point of life.   A century ago and people would have spoken about responsibility and duty – of doing what’s right – and of God. But today the emphasis, here in the West at least, has shifted to rights and ‘happiness’. People talk endlessly about their needs and what makes them feel good: as if somehow everything else is meaningless.

As example, Bertrand Russell’s first marriage famously disintegrated after he realized, while out cycling one day, that he no longer loved his wife and promptly told her so. Never mind how she felt (she adored him), or the vows of lifelong commitment and fidelity he had once presumably made. From that moment on the marriage was over.

I still remember reading this as a young teenager and being revolted at the crass arrogance that could lead one human being to treat another with such contempt. But when we make a god of self, rejecting all notion of obedience to any higher or transcendent good, destructive chaos is the inevitable result. People around us get hurt.   But so too do we, because whatever the lies spun by the devil, focusing on self blinds us to any chance of crawling out of the slime and reaching for the stars. It stops us from becoming fully the people God has made, and wishes, us to be.

Here in the UK, it could with justification be said that down the centuries we have enjoyed God’s special favour.   We have prospered, spreading influence across the world, and our small island has remained secure from attack. Indeed, in the dark days of WW2, when we stood alone and defeat, if not annihilation, seemed certain, God delivered us. Spectacularly so. If the Battle of Britain, fought over our skies, had continued a day longer, we would have fallen. Instead, at the last moment Hitler decided to call off the attack and focus instead on Russia.   At that time we were a nation founded on Christian values and belief, and many saw it as the direct intervention of God in response to prayer. But today, believing we can do anything, it seems that we would rather rely on our own resources. So we make a god of self and redefine the values by which we live … and we no longer prosper.

It is time to join the dots. We have come to a place where not just individuals, but the whole nation – and the Church in this nation – needs to repent.

While people reject God, or try with the best of intentions to refashion faith to fit with the new politically acceptable value system, things only grow worse.   Families break down, breeding loneliness and unprecedented rates of mental illness. Sexual abuse becomes increasingly rife. STIs reach epidemic proportions, as people try to fill the void in their lives with meaningless sex. Our economy continues to creak under threat of world recession, and we live under increasing threat of terrorism both at home and abroad, while conflict zones threaten to explode into war that will engulf the entire globe.

Why, if we are so intelligent and culturally advanced, is all this happening?

The answer is simple – even if, to many, unpalatable. We have rejected God and so become alienated from the core of our being … from what works. While we continue on this way, we will not prosper. God does not change. Nor does he evolve and suddenly realize he got it all wrong! The truth is sin still matters, and it’s still why Christ died.  It is not airbrushed away by redefinition.  At the end of the day, good and evil remain in opposition.

So, if we are to have any chance of survival, we must repent and turn again to Christ – because He’s the only one who can get us out of this mess. And the Church needs to repent too, because it will never save souls by rewriting, or jettisoning, the basic tenets of our faith so as to ‘modernize’ and not offend. Rather, it will be spat out as flavourless salt.

A couple of years ago, VfJUK ran a year-long prayer initiative, called Operation Sovereign. We asked people to sign up to a fifteen minute slot of their choice every Wednesday for a year to pray the Lord’s blessing into the issues and topics to which we felt directed each week. For a whole year, the entire twenty four hour period was covered by someone praying round the globe. Now we feel the Lord is calling us to renew that initiative, but the focus now has changed. Now we feel He is calling us to combine that weekly 15 minute commitment to prayer with an accompanying day’s fast.   And we feel He is saying that the focus now is repentance, in order to pave the way for revival. People have a choice, but blinded by sin as so many are, they cannot hear. We feel therefore that He is calling us to pray to remove the veil and allow entry for the Holy Spirit. Which can only be accomplished by repentance, prayer, and fasting.

Will you join us?  We are going once again to choose Wednesdays, for the period of a year. Once again people will be assigned a prayer buddy, with whom they don’t have to have any direct contact, if they don’t wish, but the two covenant to pray protection and blessing on each other each day.   And once again there will be a Weekly Prayer Bulletin directing people to the issues the Lord lays before us. We are mindful of the fact that it’s unwise for some people to fast – and please don’t feel under any compulsion (you can just pray, if you prefer) – but for those who can, this time we are asking for a commitment to fast on Wednesdays too. We are doing this, because we believe it is what the Lord is calling us to at this time – to rebuild His House.

Launch date to be announced later in the autumn. If you would like to be a part of Operation Sovereign, or have any queries, please email us at info@vfjuk.org