The way the world ends … God’s fault or our choice?

It’s an interesting, albeit rarely acknowledged, fact that a major cause for the disintegration of the Roman Empire was a shortage of women, which, combined with the high mortality rates associated with childbirth in all ancient societies, contributed to a catastrophic decline in the birth rate.   Why this was so important is because any society, if it is to survive, must as a bare minimum reproduce at the rate of 2.3 children per couple. To put it another way, each woman needs to produce on average just over two babies to replace the existing population over a generation, taken at 25 to 30 years.

The reasons for the population decline in the Roman Empire are interesting, and not dissimilar to those that have led to the decline of the white British population today; namely, unregulated disposal of the next generation of children. The Romans, for instance, would routinely ‘expose’ children deemed to be unwanted. This meant in practice that the newborn baby would be left on a convenient hillside, to die of either exposure or being eaten by predators. The decision whether or not to do this rested entirely with the father but, as has happened throughout history, boys were regarded as more valuable than girls, so that it was the female newborns that routinely fell victim.   Which meant fewer women. In fact, by the time of Christ, the ratio of men to women in Rome was estimated to stand at 131 males to every 100 women. 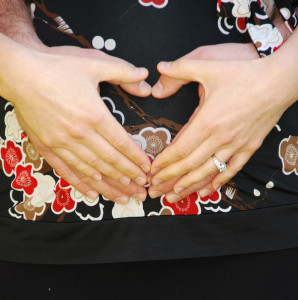 Men further had the right to order their wives to have an abortion, which not only meant pre-birth disposal of the unborn (again lowering the population), but also contributed to female mortality. Once the decision had been made, the methods employed were barbaric, involving a surgeon’s hand being forced up the woman’s vagina, and the baby then being either forcibly dragged out by a long spike fixed into the eye, ear or mouth, or dismembered and hauled out bit by bit. It was a process that did nothing to protect the wellbeing of the mother and, should she be lucky enough to survive, there was very little chance of her ever being able to conceive again. So by the time of Christ, Roman fertility levels had fallen well below what was needed for replacement, with the result that the population became dependent for its continuance on the admission of barbarian settlers, whose primary allegiance was not to Rome and the empire. Thus the decline and ultimate fall started from within.

Fast forward to 21st century Britain. While it is true we no longer expose unwanted newborns on hillsides, or even multi-storey car parks, we do routinely dispose of our unwanted unborn by abortion. So much so that, compared to the 698,512 live births in 2013 (more than a quarter of which were to women born outside the UK), there were 185,331 terminations. The proportion is staggering and can only mean, as said, that the birth rate for the white British population is in terminal decline.

Now maybe you’ll think this doesn’t matter, because it’s a price worth paying for the maintenance of women’s rights; but the point is, the traditional population of the UK has become an endangered species and, like turtles and pandas, unless urgent action is taken and we start to reproduce at higher levels, we will die out. Yet another category potentially to be added to the World Wildlife list of extinct species! But, as with the situation in ancient Rome, this is a problem that is entirely of our own making, and the remedy lies in our own hands. More children.

Education and equality of opportunity for women remain vital, and it is beyond doubt that God wants each one of us to become fully the individual He has created us to be – both men and women. But that involves and is only possible by embracing the totality of what we are.

An inescapable and vital part of our humanity is that men and women are designed to live in relationship – in an exclusive union, as it says in the Bible – and to have and care for any children that result. When a man and woman have sex, the natural outcome is a child. That’s what it’s designed for. And when we radically divorce sex from procreation and see it as an end in itself – a no-ties leisure activity to be enjoyed whenever and wherever opportunity arises – that’s when problems arise.

Yes, women can be brain surgeons, or heads of multi-national companies. And it’s wholly right that where a woman has these kinds of gifts, she use them! But we also owe a duty to the human race, as well as to ourselves. Having and caring for children is a part of that – and, amazing as it seems, it’s actually what makes us happy.

It’s not rocket science.  If we keep killing our children, then inevitably our ‘tribe’ will die out, and we’ll see increased social instability and unrest, as different incoming groups jockey for dominance.   Russia has already cottoned on to the dangers of a declining population and is trying to remedy the problem. China too is at last waking up to the problems posed by their ‘little emperor’ policy.

But maybe actually, at the end of the day, this is the way the world ends. As T S Eliot memorably said in his aptly named poem The Hollow Men, ‘Not with a bang but with a whimper.’

Is this really what God wants? No, it’s what we have chosen.