Response from Lord Ahmed, writing on behalf of The Foreign and Commonwealth Office, following delivery or our petition calling for rejection of the Wilton Park Report calling for global suppression of Christianity. 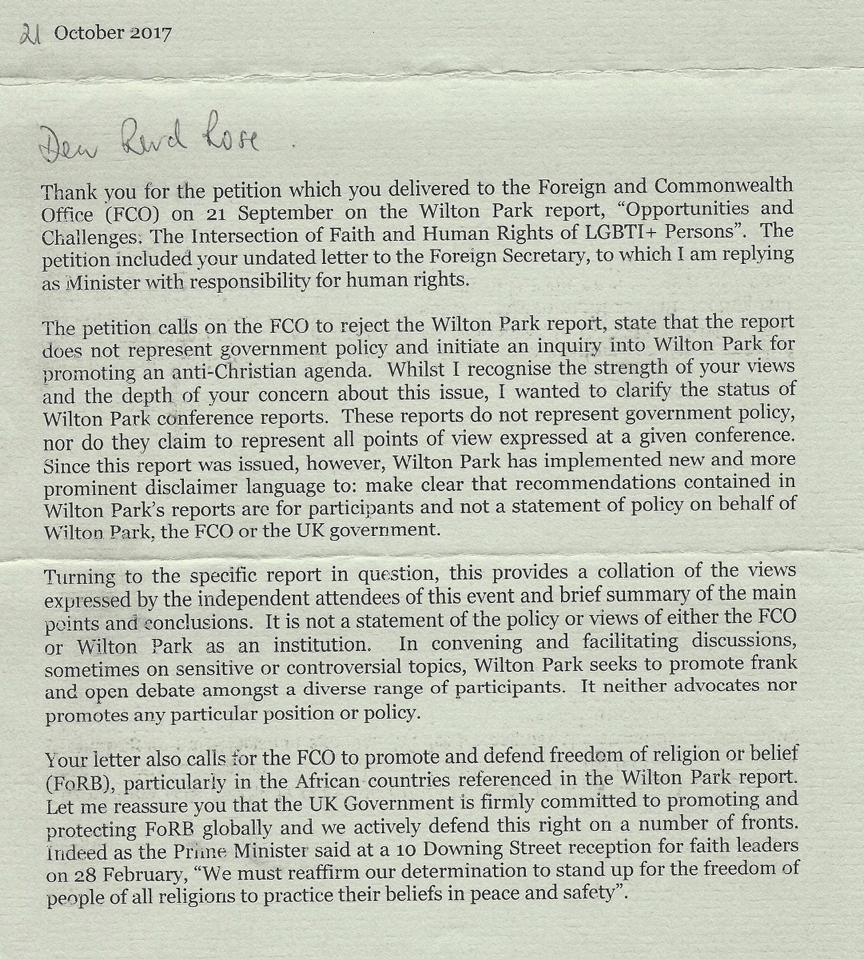 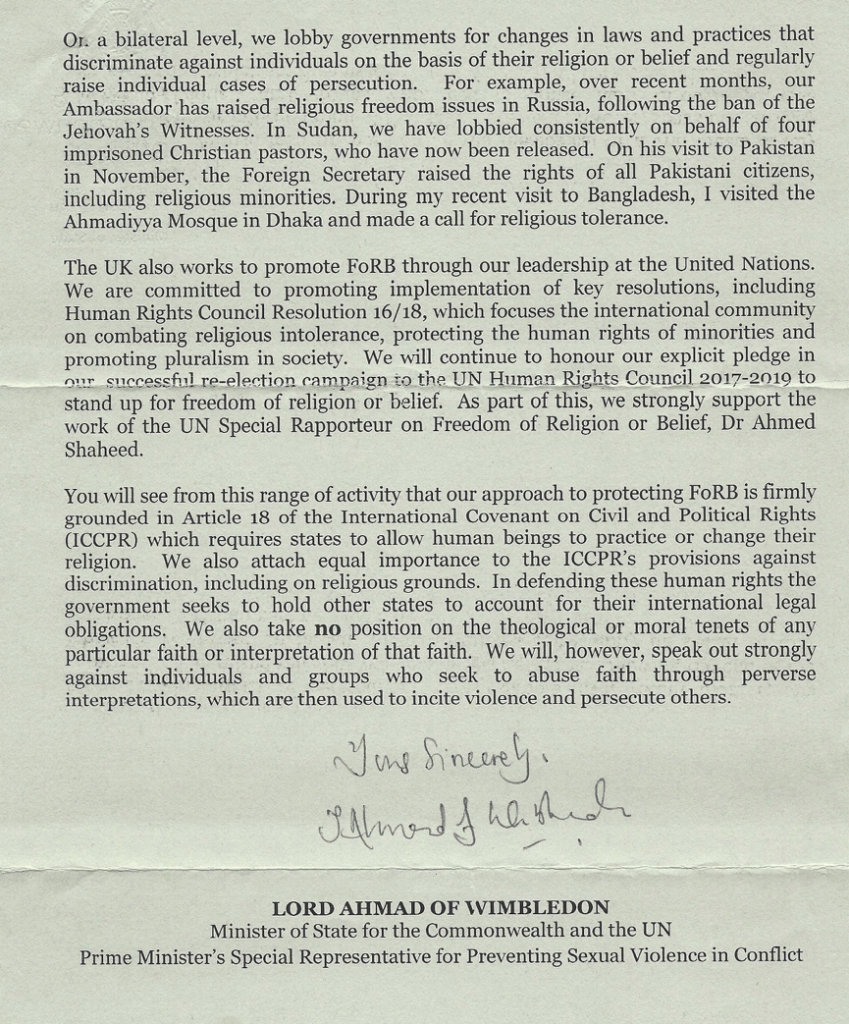 We are especially struck by the last two sentences:

“We also take no position on the theological or moral tenets of any particular faith or interpretation of that faith.  We will, however, speak out strongly against individuals and groups who seek to abuse faith through perverse interpretations, which are then used to incite violence and persecute others.”  (Emphasis added)

Exactly who does Lord Ahmad have in mind here?

We have now written and thanked Lord Ahmad for his assurance that the Government is doing all in its power to combat Islamic extremism.